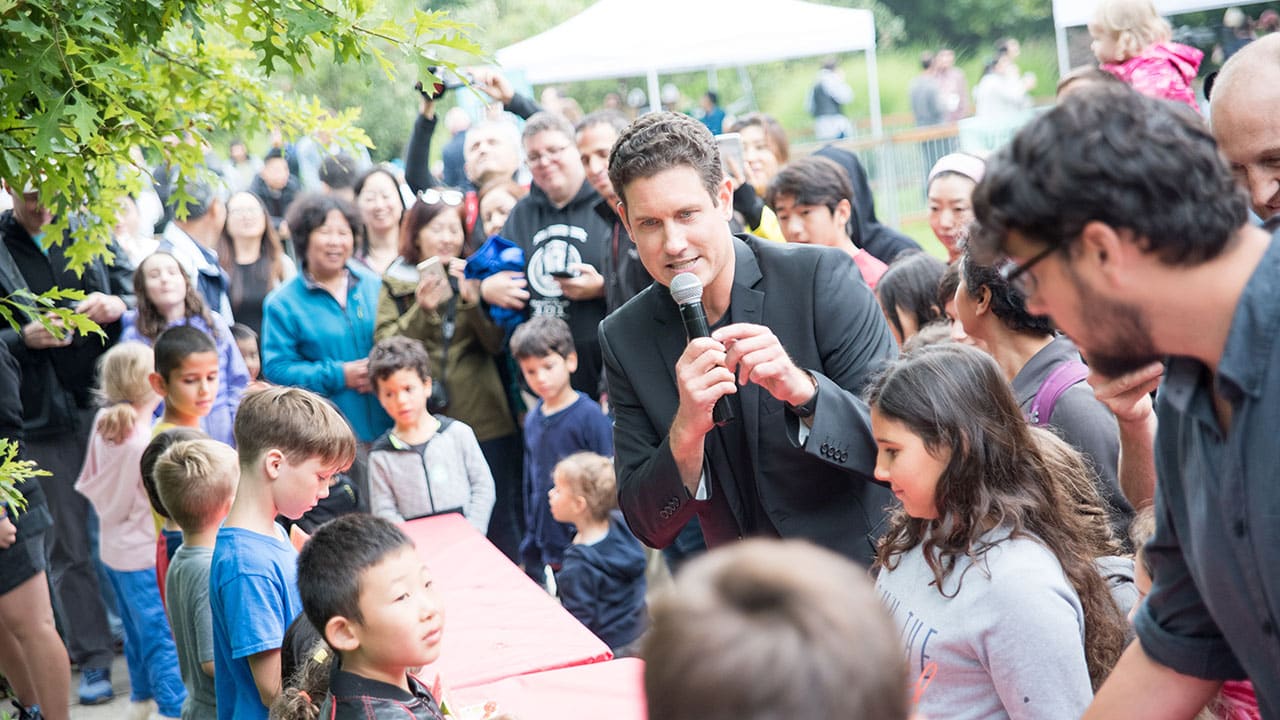 These words are especially true for Andrew Clements, Program Manager for Wesbrook and the Old Barn Community Centres. From rising baseball star, to yoga teacher, community centre manager, and now soon-to-be dad, Andrew’s path has taken him far and he’s learned a great deal along the way.

Growing up on Vancouver’s North Shore, his childhood was full of sports. Basketball, volleyball, football – you name it and he was on the team. But it was baseball that really peaked his interest, and after high school he was awarded a baseball scholarship to the University of San Francisco.

One international relocation and an undergraduate degree later, Andrew was working hard to build his professional baseball career. Playing for an independent professional team out of Evansville, Indiana (Go Otters!), he seemed to be unstoppable. However, his life in baseball came with a heavy price. By the time Andrew turned 26, he had undergone 4 major surgeries and was in a lot of pain. His doctor told him he should quit baseball if he wanted to be able to walk by age 40. Andrew decided his future was not worth the risk, and sat out on the bench for good.

He came home to Vancouver to find out where life would take him next. Not quite ready to step away from baseball completely, Andrew took up an assistant coach position at UBC while studying his master’s degree in Kinesiology.

During this time, Andrew was experimenting in the world of yoga. It really opened his eyes – not only to the physical benefits but to the mental benefits as well. In the cutthroat realm of baseball, it’s all about reaching ‘peak performance’. Be the best, the fastest, the strongest; the most important thing is the end result of the game. But in yoga, you are acting without the desire for an end result. Andrew learned that you can move beyond this desire to be the best. You can define yourself and your goals any way you want because there is no ‘right’ way to live life.

Andrew left coaching behind in order to keep practicing and benefiting from yoga. Along with breath control, meditation and concentration, the most important quality Andrew learned was the practice of gratitude. Gratitude for the opportunities he’s been given and for the chance to heal his body and mind.

After his fiancée and future parenting partner persuaded him, Andrew took a yoga teacher training course in 2009. In 2013 he joined our UNA as Youth Program Coordinator and yoga teacher, and his hard work recently earned him the Program Manager position and director of our Yoga Studio.

Andrew now gets to share his experiences and knowledge with members of this wonderful community. He wants everyone reading this to know that you can practice yoga at any age, size, and ability. Andrew began in his mid-twenties, coming from a place of pain and rehabilitation, and now he is more at peace in his mind and body than ever before. Equally important, yoga is not about becoming as flexible as a pretzel. It’s about healing and growing your body and mind. Yoga is about defining your own experiences, no matter where your path has taken you. And just like Andrew’s story, once your practice begins, it can take you to some incredible places.