The UNA’s annual community celebration taking place on September 10, 2022 from 10:30 a.m. to 4 p.m at the Wesbrook Community Centre. 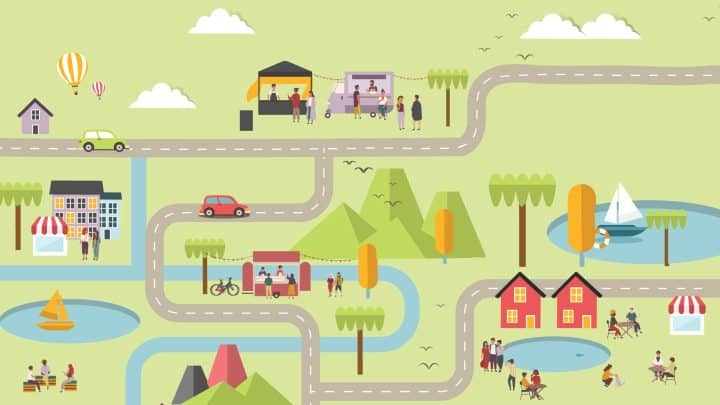 Join us on September 10, 10:30 a.m. to 4 p.m. for Neighbours Day, the UNA’s signature event that aims to bring neighbours together for a day of festivities, food and connection. Join the celebrations at Wesbrook Community Centre’s outdoor space and enjoy dance, music and magic performances, snacks, face painting, bouncy castles…and more! Bring cash for snack purchases and a picnic blanket to enjoy outdoor performances. 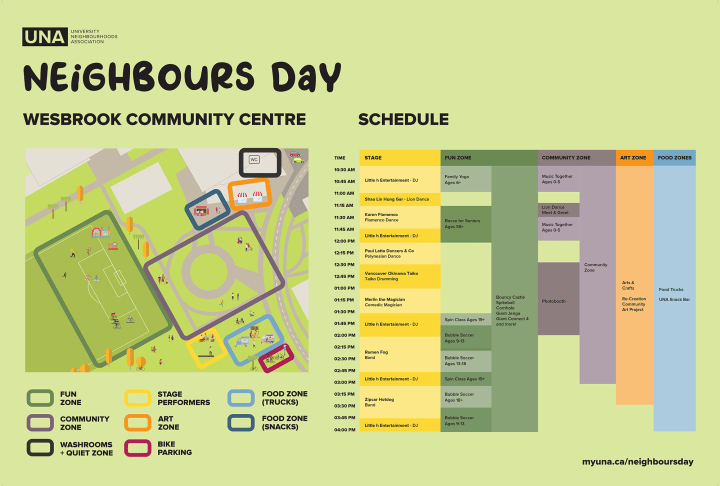 The celebration will take place in the public space next to the Wesbrook Community Centre. There are many ways to get here! We encourage everyone to take the most sustainable option available to them to help reduce the climate impact of our event.

Are you interested in getting involved? We are looking for youth and adult volunteers to support Neighbours Day! Please create your volunteer profile and send an email to indicate your interest in supporting Neighbours Day.